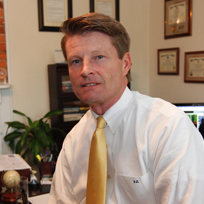 David has been active in the investment industry for more than 30 thirty years. His educational background is in finance and economics, and his investment career began while working for a small financial planning firm in Richmond. He received his training for the investment industry while working in New York City’s World Trade Center for what is now part of Morgan Stanley/Smith Barney. David later worked out of the Morgan Stanley local office in Richmond. Over the next 20-plus years, he continued to expand his investment career, working at Branch Cabell, Anderson & Strudwick, and Scott & Stringfellow.

David continues to focus in the areas of retirement and estate investment services. He has an Accredited Asset Management SpecialistSM designation from the College of Financial Planning and an Accredited Investment Fiduciary® designation. In 1993, he authored and published an educational audio-book titled “Understanding Investment Income and Retirement.” David has been interviewed and quoted in the Richmond Times Dispatch on the subjects of stocks and investing. For more than 10 years, David provided live on-air financial news reports for both WTVR and NPR radio stations here in Richmond. He also co-hosted a live call-in radio talk show discussing various investment and financial issues.

David has served as a board member of Richmond City CASA, a group that represents abused and neglected children in the Richmond City Courts. He has been an advocate and fund raising chairman for the Boy Scouts of America. In addition, David helped develop and write legislation that is part of the Commonwealth of Virginia Legal Code. In his spare time, David likes to play tennis and work in his shop. He and his family are very active members of the Westwood Racquet Club.

All investments are subject to risk, including the loss of principal. Because investment return and principal value fluctuate, shares may be worth more or less than original value. Please consider the investment objectives, risks, charges, and expenses carefully before investing. The prospectus, which contains this and other information about a mutual fund, can be obtained from your financial professional. Be sure to read the prospectus carefully before deciding whether to invest. 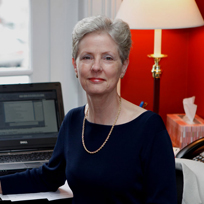 Eddie joined us in February, 2010. Her background is in the financial services industry; she retired in June, 2009, after 30 years with SunTrust Banks, Inc., where she was a senior vice president. Eddie provides direct operational support to David, as well as general day-to-day support for the entire office, as needed.

Eddie holds a BS in American History and psychology from Radford College (now Radford University), and an MBA from The College of William & Mary. She and her husband live in Richmond. 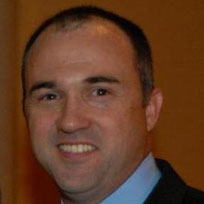 Having joined our local team in March 2016, Darren provides marketing, analytical, and client service support to the office. He has held various management roles within the hospitality and insurance industries that focused on training, optimizing customer experiences, and operations. He is adept at social media marketing and enjoys facilitating networking opportunities for Aussies internationally and for RVA locals alike.”

Darren is a native of Australia, a permanent resident of the US since 2008, and has lived and worked in Richmond since 2005.  He first visited the US in his senior year of high school (1987) as a member of a touring baseball team.

A keen sports fan (and participant),  Darren took up running in 2019, is currently in training for his first half-marathon (Richmond 2019) and is also looking forward to his first full marathon in 2020.  He also recently founded (and plays for) the RVA Lions - Virginia’s first ever Australian football club - a member of the USAFL (United States Australian Football League) - www.RVALions.com